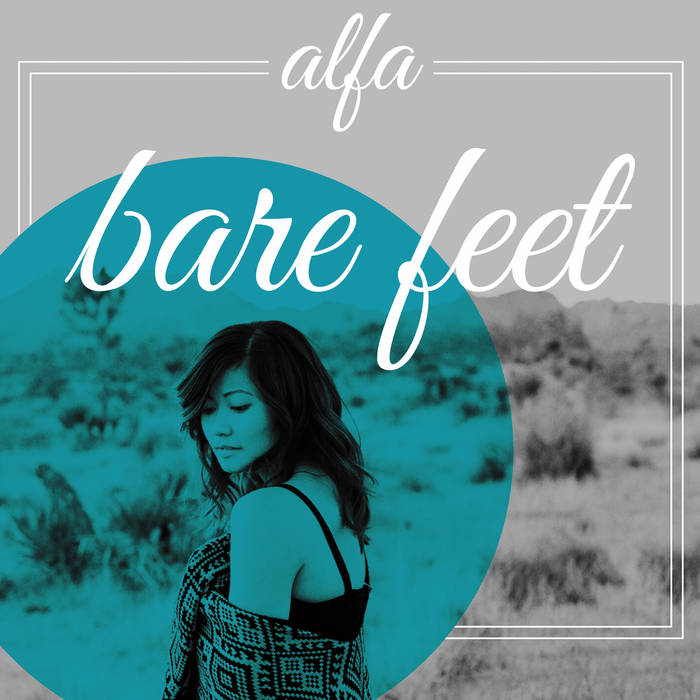 I search through windows for something cozy
a yellow light or a bookcase sat just right
I do it every night.

Maybe I'm tired of the suitcase livin'
Maybe the faces of strangers don't excite me
anymore.

Ooooh this aching heart is
ooooh it's breaking apart
I can't fake it anymore
I'm gonna settle my bare feet and baggage on the floor.

I want a door with a lock and a handle
a kitchen sink and a floor that creaks just right
someone to say goodnight
goodnight to me.

Ooooh this aching heart is
ooooh it's breaking apart
I can't fake it anymore
I'm gonna settle my bare feet and baggage on the floor.

Maybe in the hotel light a stranger's face can seem familiar
actions taken out of sight can seem wise in the meantime.

Armed with a voice, an instrument, and a keen sense of crafting a song, Alfa has been hailed as "an artist who has a spectrum of colors in her palette, a songwriter with a knack for tickling a mainstream ear" (Music Connection) Her songs have been heard on E!, MTV, nationally-released films and Spotify Philippines' Viral Top 50 in 2016. Alfa has opened for Sam Smith, Us the Duo, and Howie Day. ... more

Bandcamp Daily  your guide to the world of Bandcamp